(Contains advertising) Colorful houses, the Neptune Fountain or the largest brick church in Europe – you can find all of this in Gdańsk. In July 2021 I experienced many sights of the old Hanseatic city on the Polish Baltic Sea. During a German-speaking city tour, we were walking around the right town for around three hours. Here are my travel tips for your city trip.

Tricity on the Polish Baltic Sea

Do you already know the Tricity? Be under it Danzig, the seaside resort Sopot (Zoppot) and the young port city Gdynia (Gdingen) summarized.

Gdansk is the one Capital of Pomerania, she has around 460,000 residents. You can get here by plane, train or long-distance bus.

I have already made many trips to Poland with my friend Carsten and our dog Buddy. Because we like the beautiful cities and beaches, the delicious food and the warm locals.

This time we did Vacation in Gdynia, we came by car. From there I went on one Excursion to Gdansk, that only 20 kilometers away lies.

Stadtführerin Małgorzata Milewska picked me up in the car and showed me the city. She told me a lot of interesting things, visited exciting places with me and was very personable.

From her I learned: Danzig was first mentioned in writing in 997. It was a member of the medieval Hanseatic League of Merchants and Towns.

I used to live in the Hanseatic cities of Hamburg and Bremen. I like the maritime flair, the ships and merchants’ houses. The “Pearl of the North” Gdansk was once one of the richest and most important cities in Europe.

Discover the sights of the Rechtstadt on foot 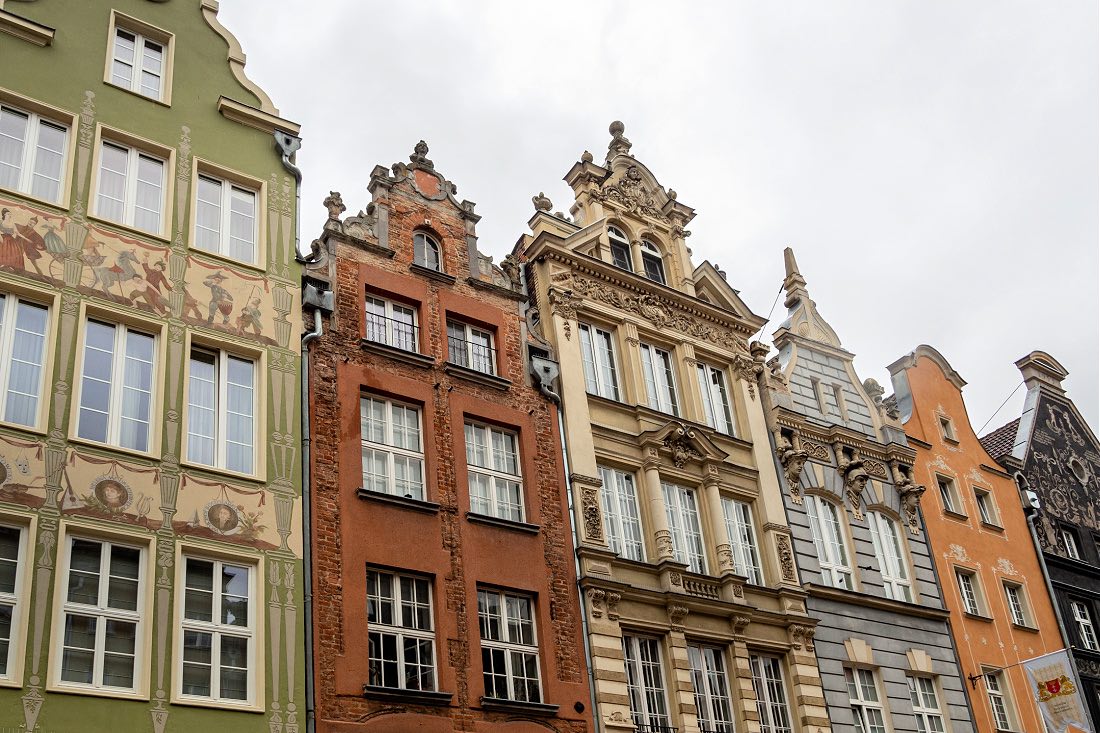 We visited the district Rechtstadt (Main Town) with many highlights and attractions. It was almost completely destroyed in World War II. A little later that began Reconstruction based on models from the 16th and 17th centuries. Because that was the golden age of the city.

We were on foot on the go, the way I like it best on city trips. Because I can discover everything at my own pace and take lots of photos.

On this July day the weather was a bit gray. At the beginning it rained, but a little later we were able to close our umbrellas again.

Golden Gate: start and end point of the tour

Our tour started and ended on Golden Gate or Langgasser Gate (Złota Brama). Małgorzata showed me pictures of what Danzig looked like in 1945 after the war. The gate – built between 1612 and 1614 – was also destroyed and rebuilt in 1957. 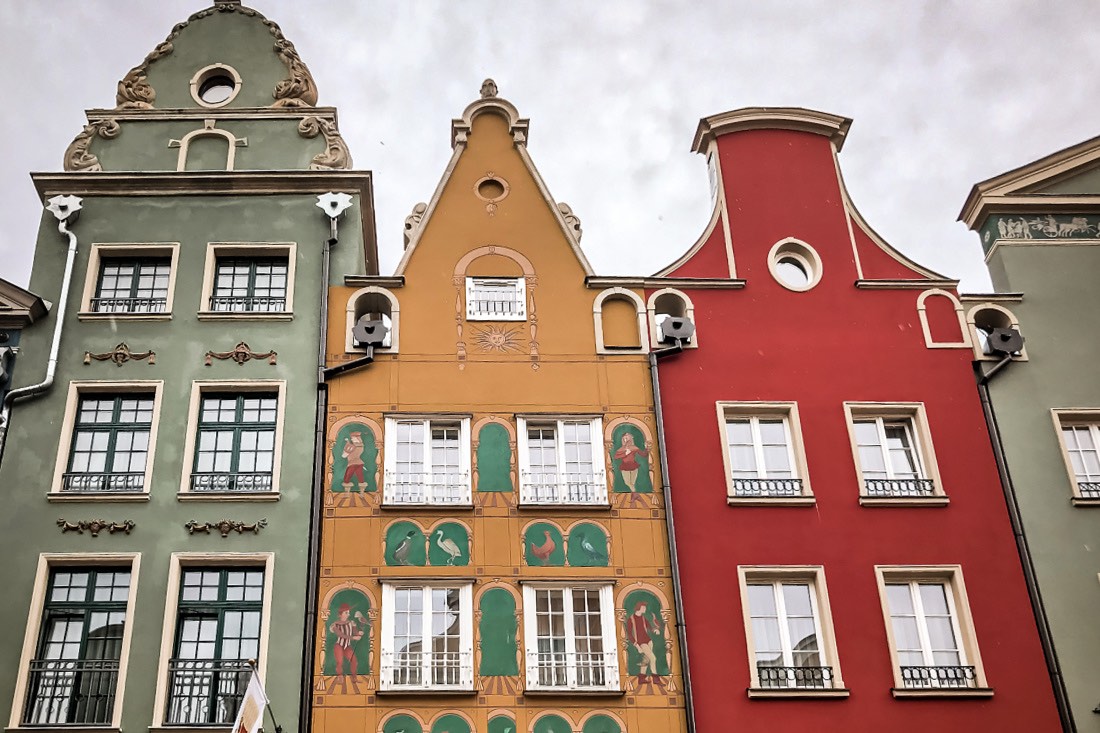 The begins at the Golden Gate Lange Gasse or Langgasse (ul.Długa) with their narrow and tall houses. They are colorful and beautifully decorated with coats of arms or figures. From the Golden Gate you can Main street of the right town Take good photos – this is how the cover picture came about.

Together with the Long Market, the street forms the Königsweg (Trakt Królewski). Because this is where the Polish kings moved into the city earlier.

I liked it very much, the patrician houses glowed even when it was drizzling. There you will find shops, cafes or restaurants. 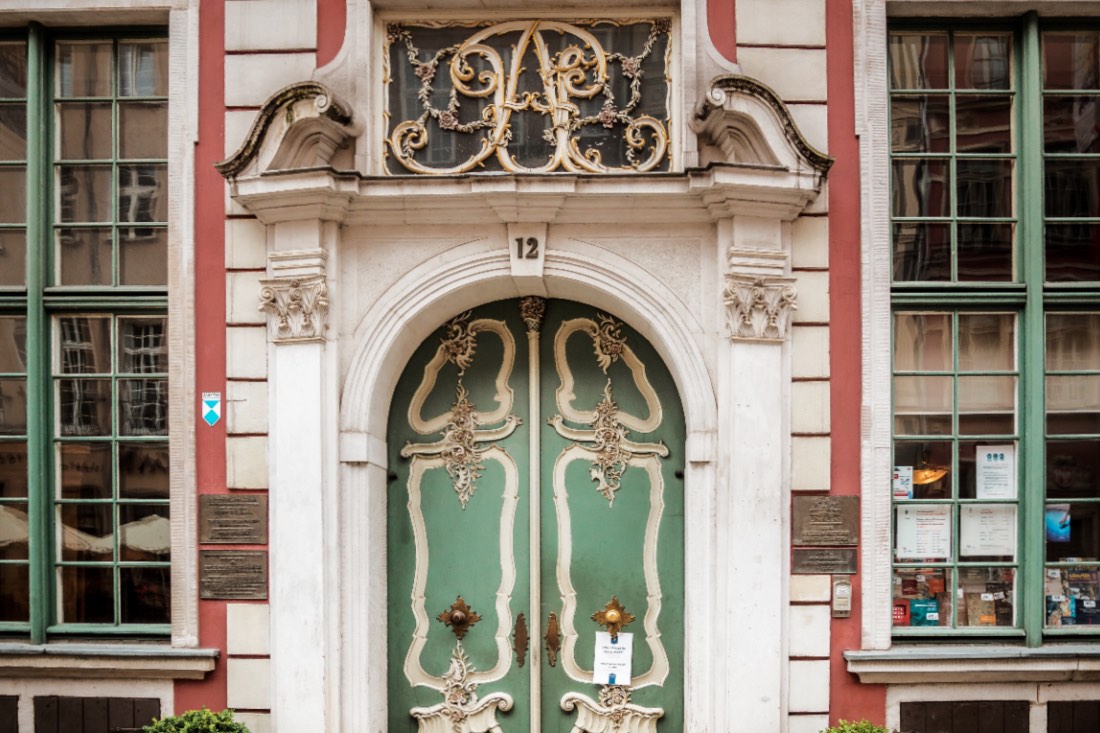 That Uphagenhaus (Długa 12) from 1780 is 70 meters deep. It is that today Museum of bourgeois living culture. I’ve seen pictures of the interior, it seems well worth a visit!

Im Right town hall (Ratusz Głównego Miasta) with the number 46 you can click on the 81 meter high tower rise. Then you have a great view of the city. This is also in the building Stadtmuseum (Museum of Gdańsk). 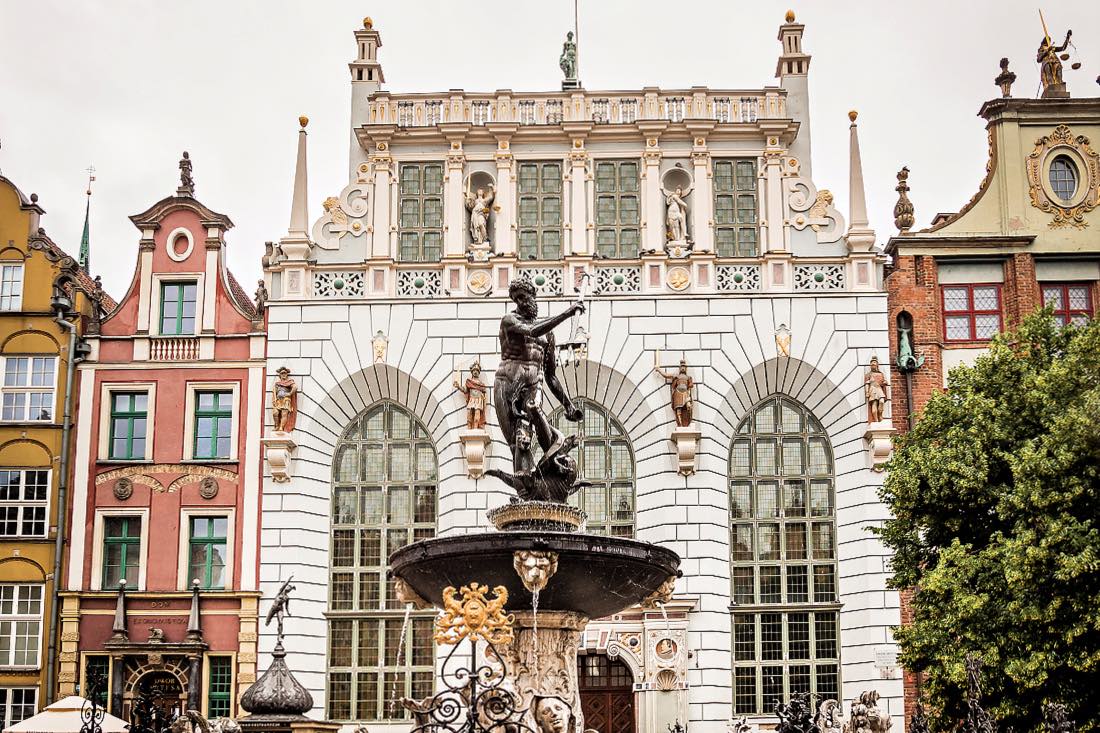 My highlight next to Lange Gasse was that Lange Markt (Long Market) from the 17th century. Here is the famous one Neptunbrunnen (Neptune’s Fountain) before the Artushof (Artus Court).

The fountain with its bronze statue is from 1633 and is a popular photo spot. While I was standing there with Małgorzata, visitors kept coming by and taking a picture. At night the fountain looks great with the illuminated town hall in the background. 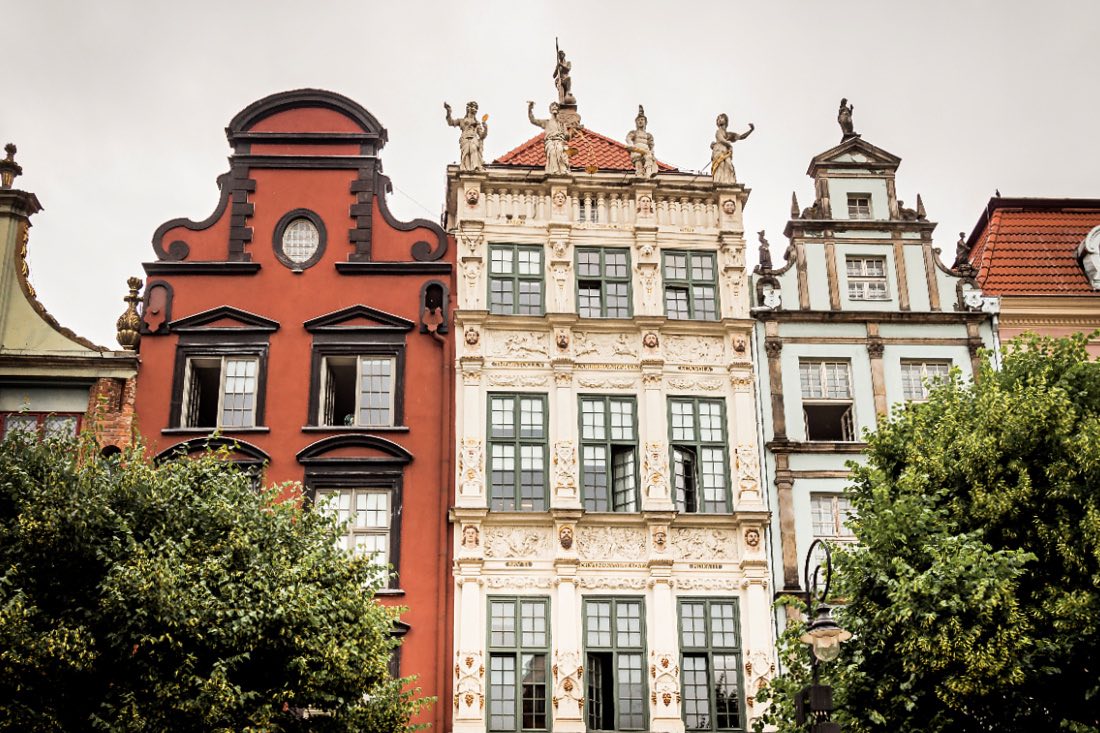 That is also very nice Goldene Haus (Golden Tenement House), the address is Długi Targ 41 – 42. It is also called Speymannhaus or Steffenshaus. The house from 1609 is very tall, narrow and has gold elements.

Many festivals are held on the Long Market in summer. And before Christmas there is a common meal under the fir tree.

Green gate to the river 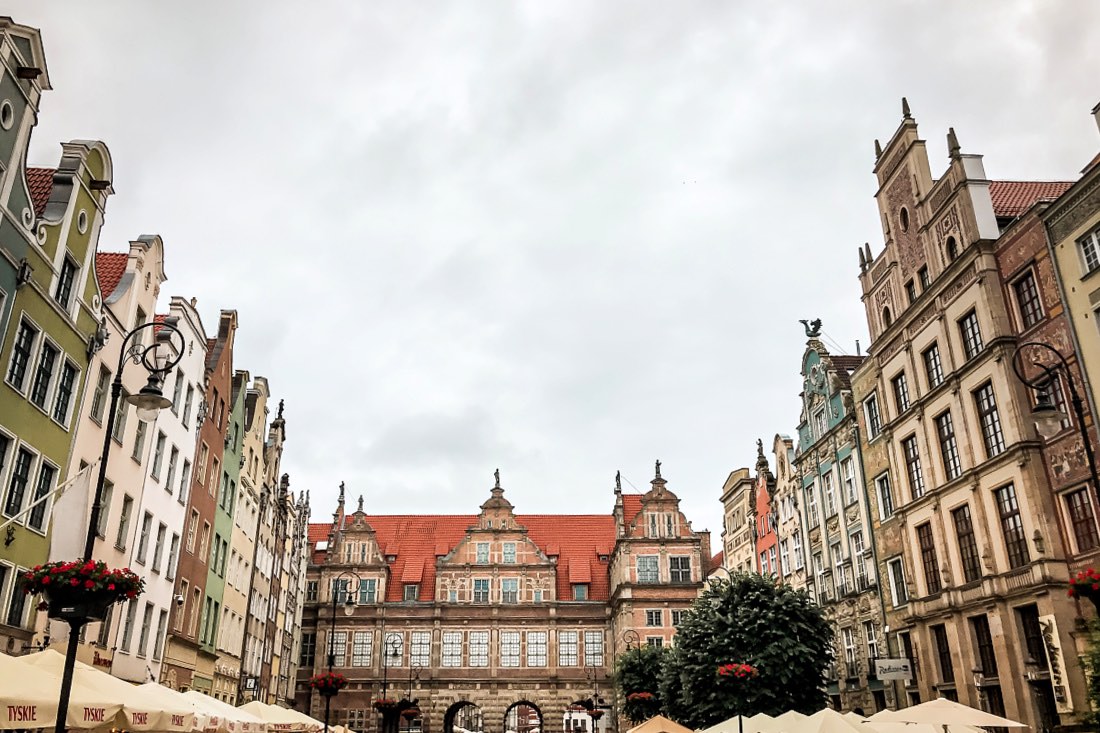 This is at the end of the Long Market Grüne Tor (Green Gate). He leads to Motława River.

The city gate was built from 1564 to 1568, once the facade was painted green. Incidentally, Lech Wałęsa used an office in the gatehouse.

Long bridge on the Motława 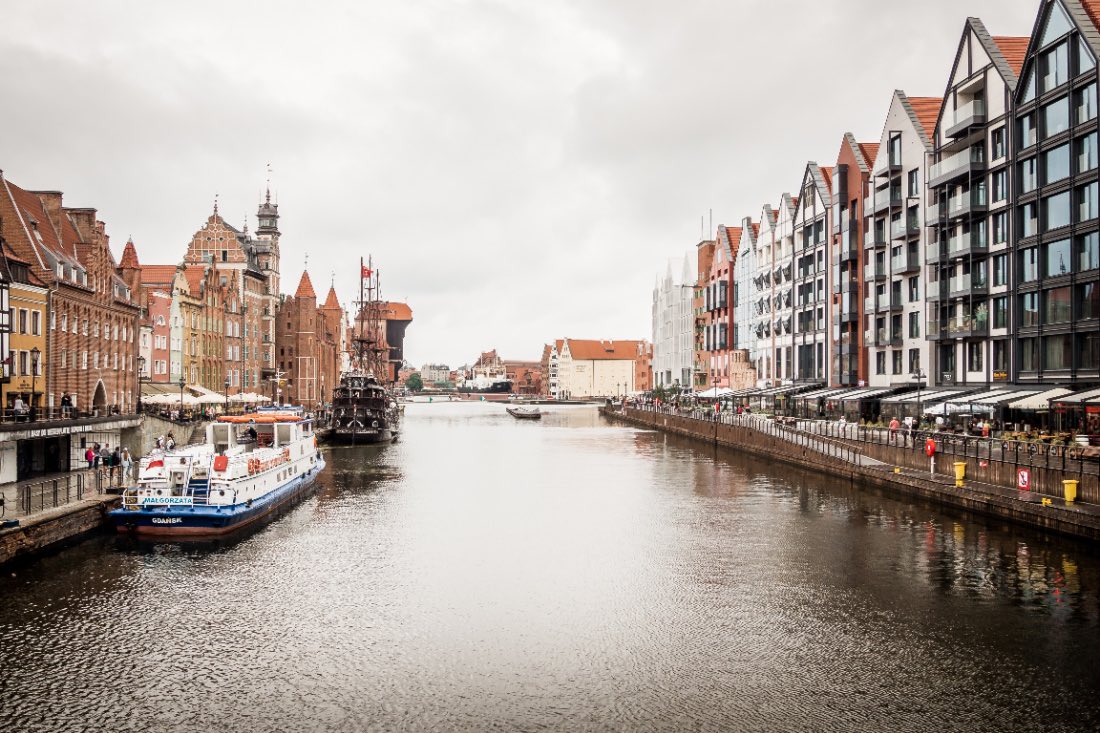 After we passed the Green Gate, we turned left. the Lange Brücke (Long Quay) is a road that turns around half a kilometer by the river pulls along. From the promenade you can take one of the Excursion boats go on tour, e.g. B. to Sopot. 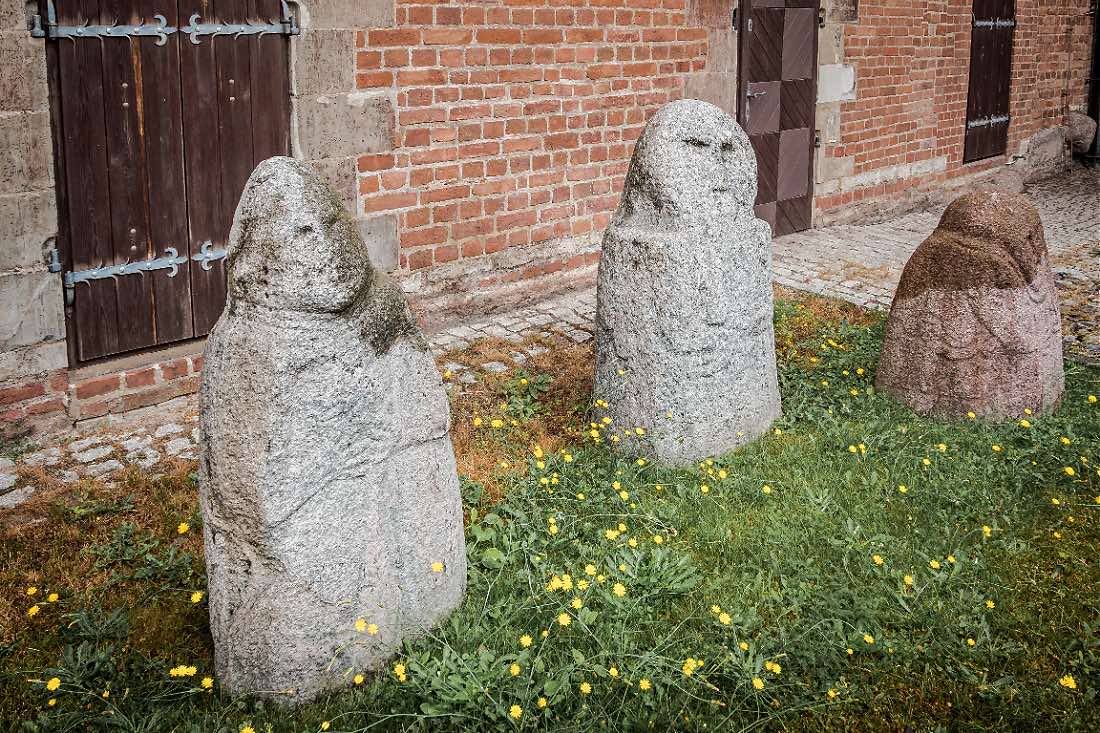 We stayed before the Prussian women (Baby Pruskie) stand at the Archaeological Museum. You can make a wish with these stone figures from the Middle Ages. I closed my eyes and hoped my wish would come true. Keep your fingers crossed!

We went on and turned at the Frauentor (Brama Mariacka) left in the Frauengasse (ul.Mariacka) a. Here you will find nice restaurants and shops where you can Bernstein can buy. 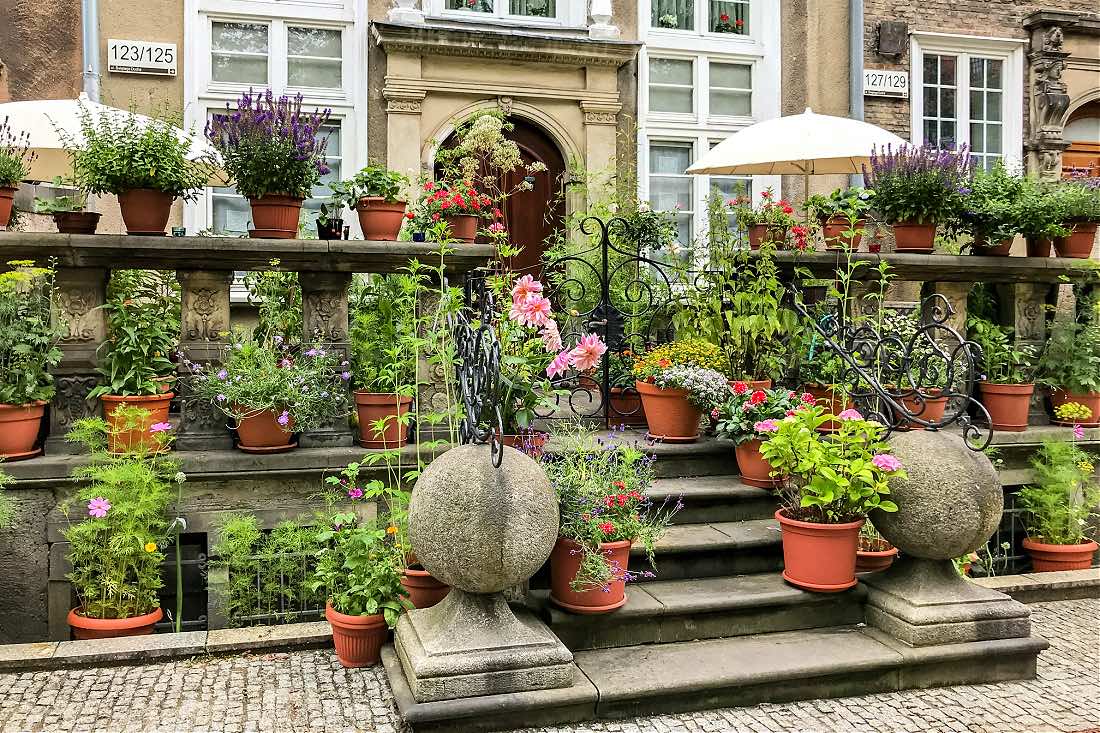 As in other streets of the city you see Additions in front of the town houses. These Stone terraces I like it a lot! Especially when they are as beautifully planted as in the photo (św. Ducha).

Not only did they protect against flooding, but people also ate there in the summer. So everyone who passed by could admire the delicious food of the wealthy citizens.

Writers and painters have devoted themselves to the street. Historical films were also shot here.

That Gotyk House (Mariacka 1) dates from 1453, it is the oldest house in Gdańsk. It was not destroyed in the war, today there is one Hotel in this. Look at you z. E.g. on Booking.com, I would like to spend the night there.

Herrengasse with the large armory 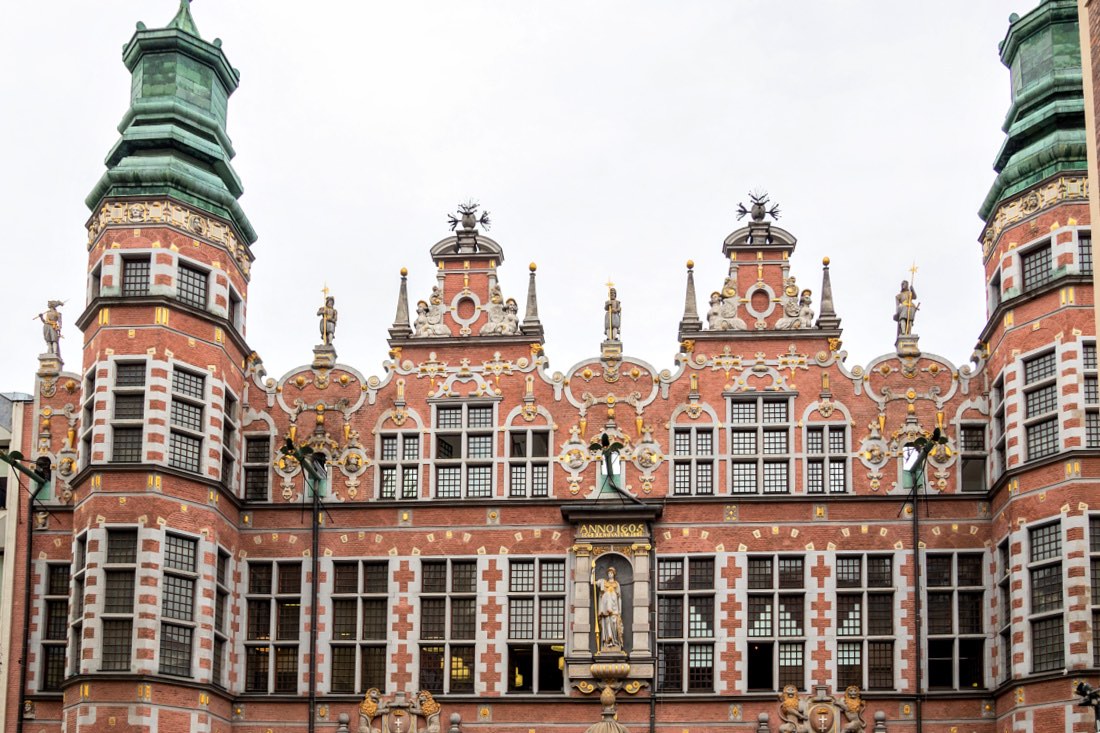 If there is a Frauengasse, of course there has to be a Herrengasse as well. In the Jopengasse (ul. Piwna) you will find restaurants, breweries and pubs.

By the way, that’s typical Danzig Jopen beer. Just like that Danziger Goldwasser, a herbal liqueur with gold leaf.

The splendid one Große Zeughaus (Great Armory) was built between 1600 and 1609. This is where the Gdańsk Art Academy is based today. 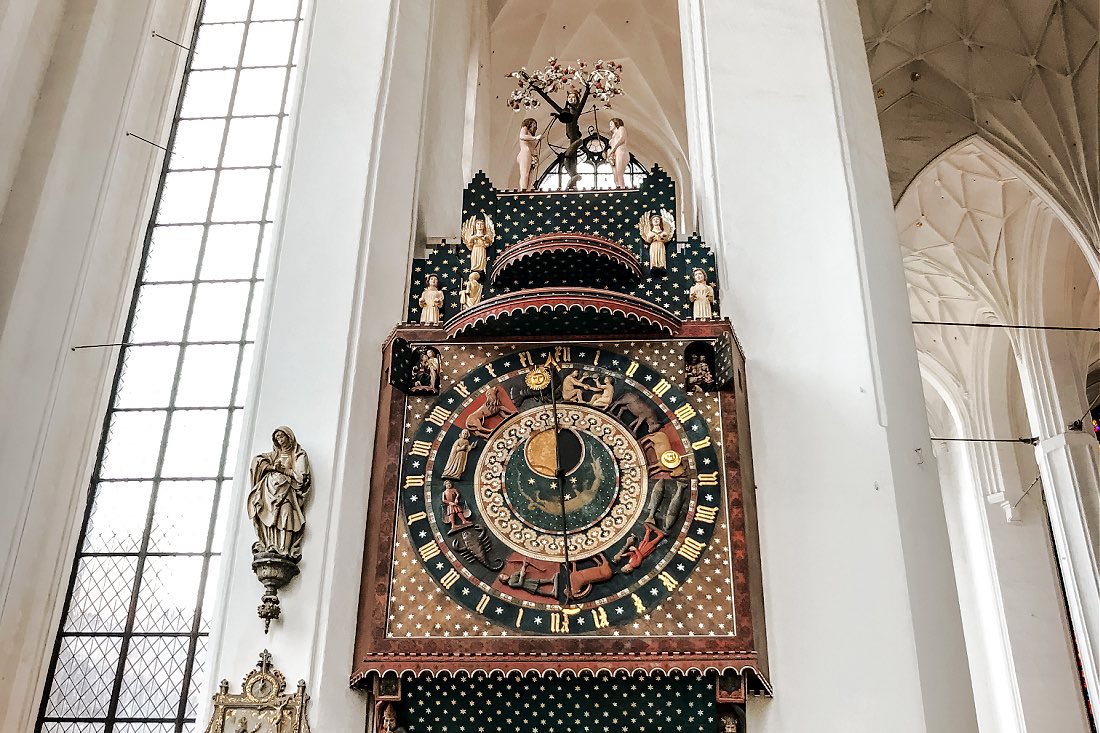 The official name of St. Mary’s Church is the Cathedral Basilica of the Assumption of the Blessed Virgin Mary (Bazylika konkatedralna Wniebowzięcia Najświętszej Maryi Panny). Not bad, right?

The 14 meter high astronomical clock dates from the 15th century. The puppet theater with music begins here at 12 noon. With Małgorzata I joined the group of families and school children. From there we observed the figures.

The crane gate and maritime museum 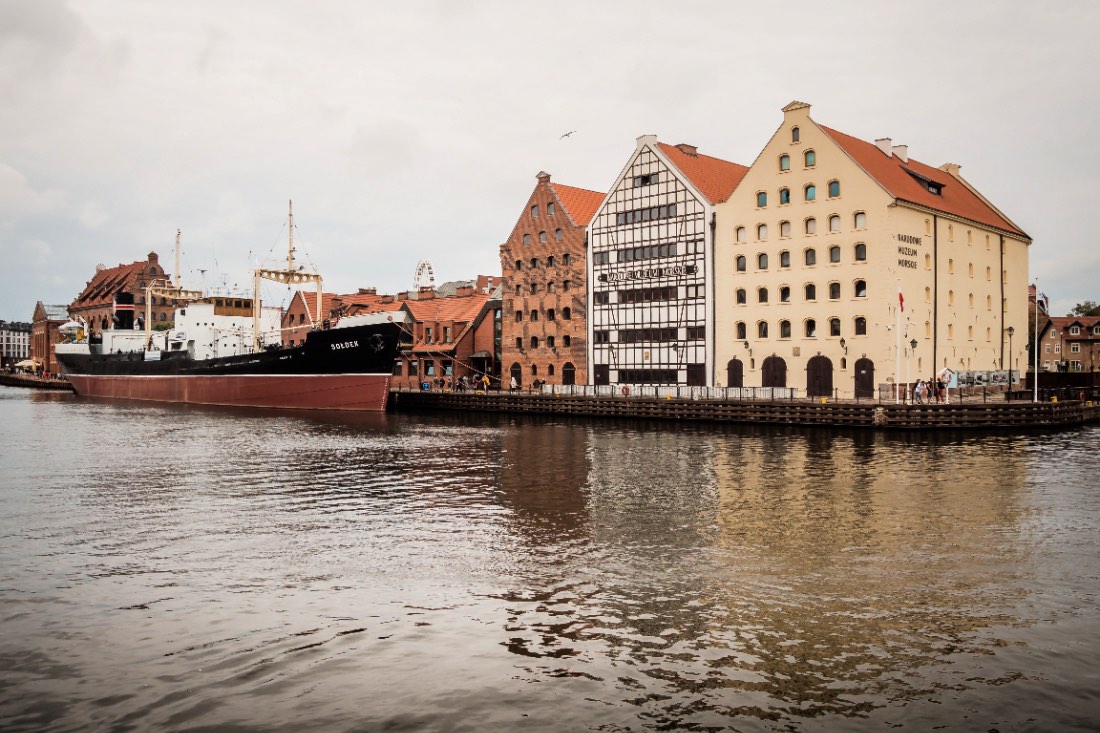 The largest medieval port crane in Europe is located at Krantor (Gate Crane) at the Motlawa. This used to be used to load and unload ships and set sail masts. And all that with muscle power, because men operated the crane.

From here I looked across the water to another building of the Maritime Museum (Muzeum Morskie)which also includes the crane gate and the historic freighter Sołdek.

Canis Restaurant: Eating out in Gdansk 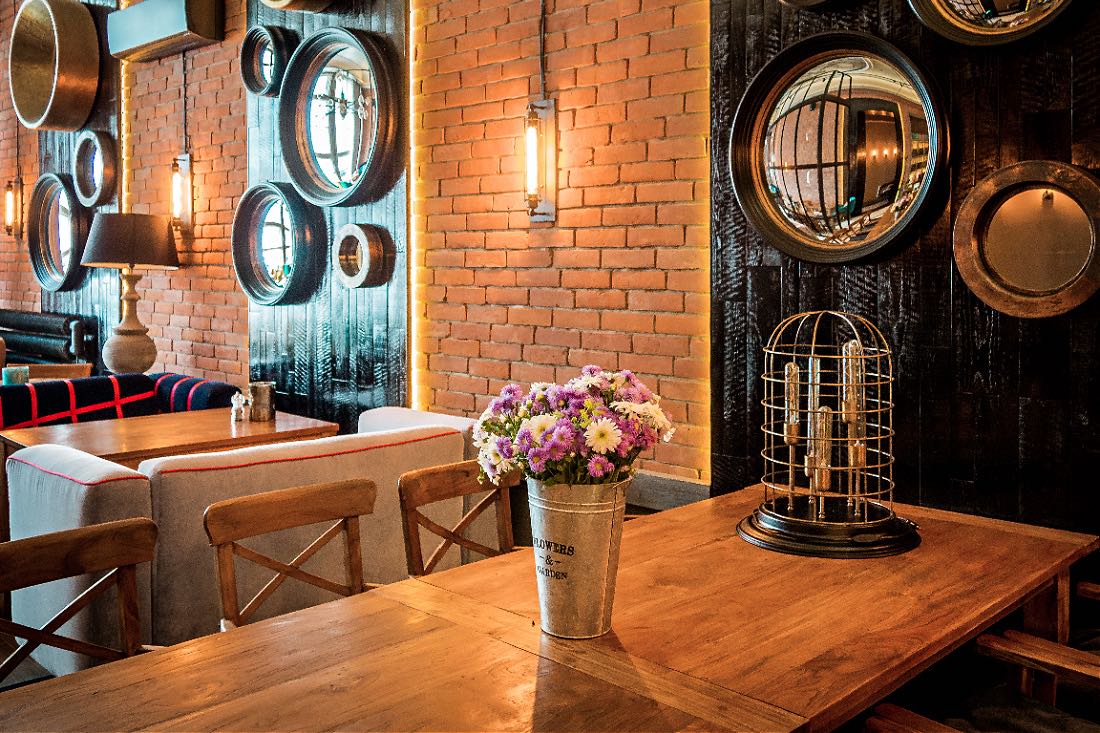 At the end of our tour, my stomach growled. We went to the comfortably furnished Canis Restaurant (Ogarna 27/28). It has it on their menu too vegetarian optionsthat you as vegan food can order.

We got a starter, main course and dessert from the nice waiter.

Arancini (fried and filled rice balls from Sicily) with tofu, cranberries and pickles were an interesting combination. I know it sounds adventurous. But the taste was round and just very good. 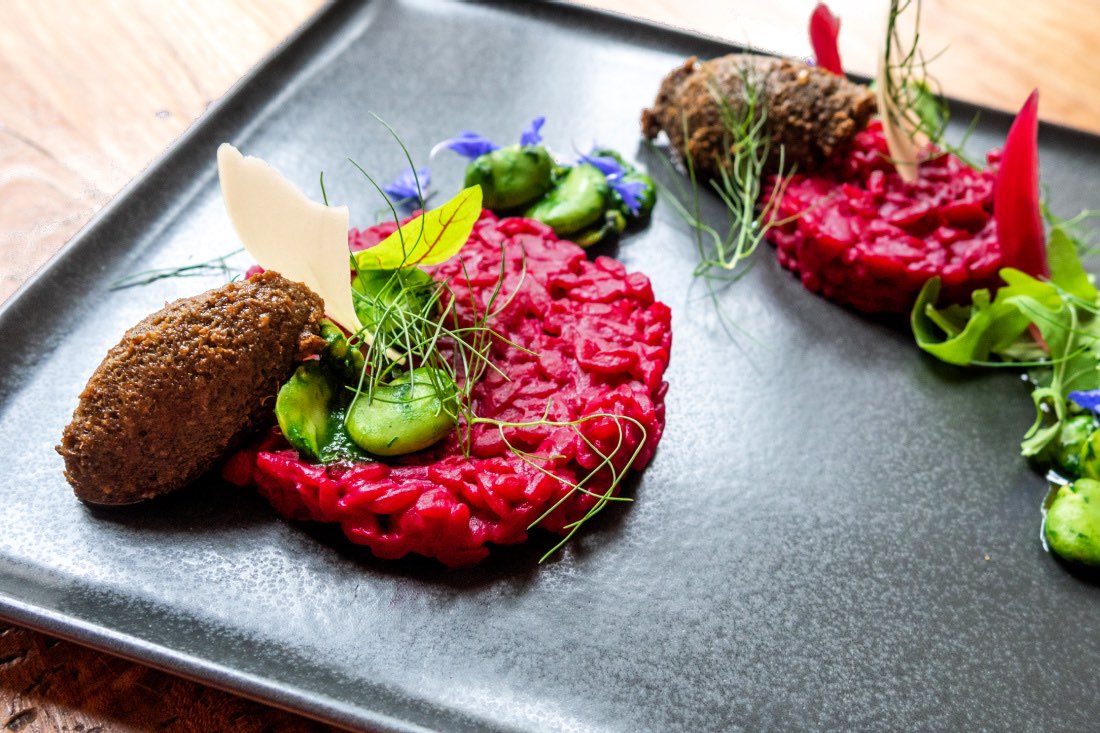 In the picture you can see delicious beetroot orzo (small pasta in rice form) with truffle falafel, broad beans, spinach pesto, olive oil with truffles, vegan parmesan and cornflowers. Since I’m a huge truffle fan, it was just what I wanted. And the purely vegetable cheese tasted like the original. 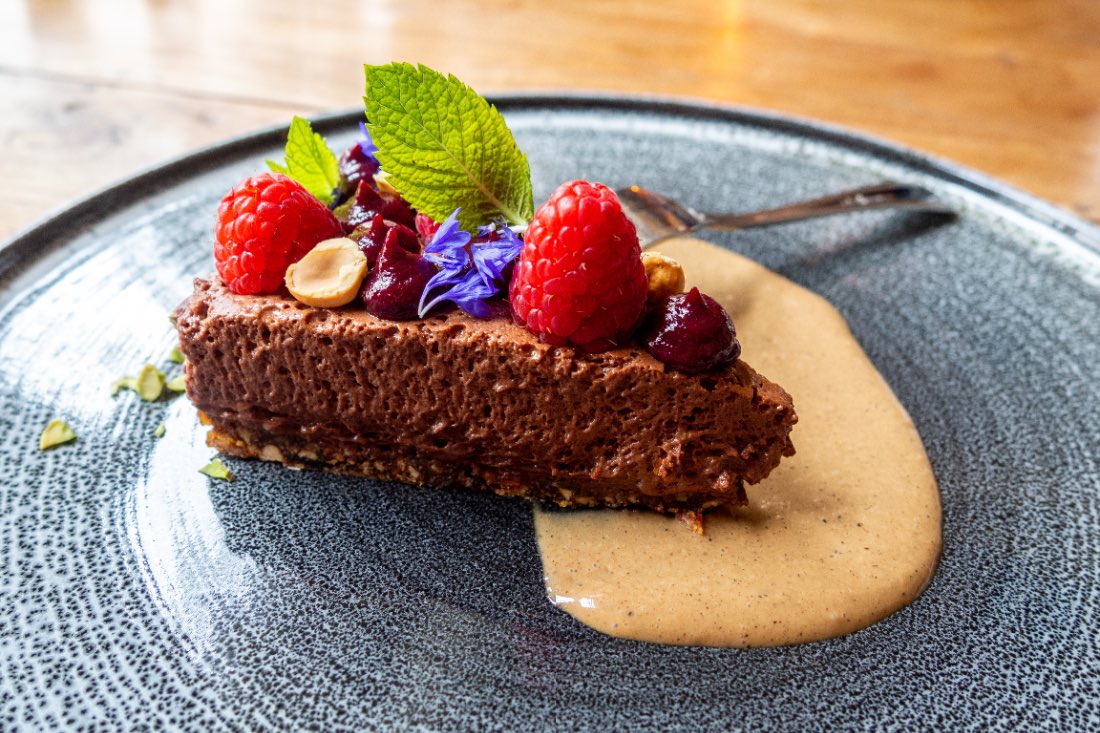 The madness was the fluffy cake with chocolate, almonds, aquafaba (vegan egg whites made from the boiling water of legumes) and arabica coffee sauce. Sooo good!

Have you ever been to Gdansk? 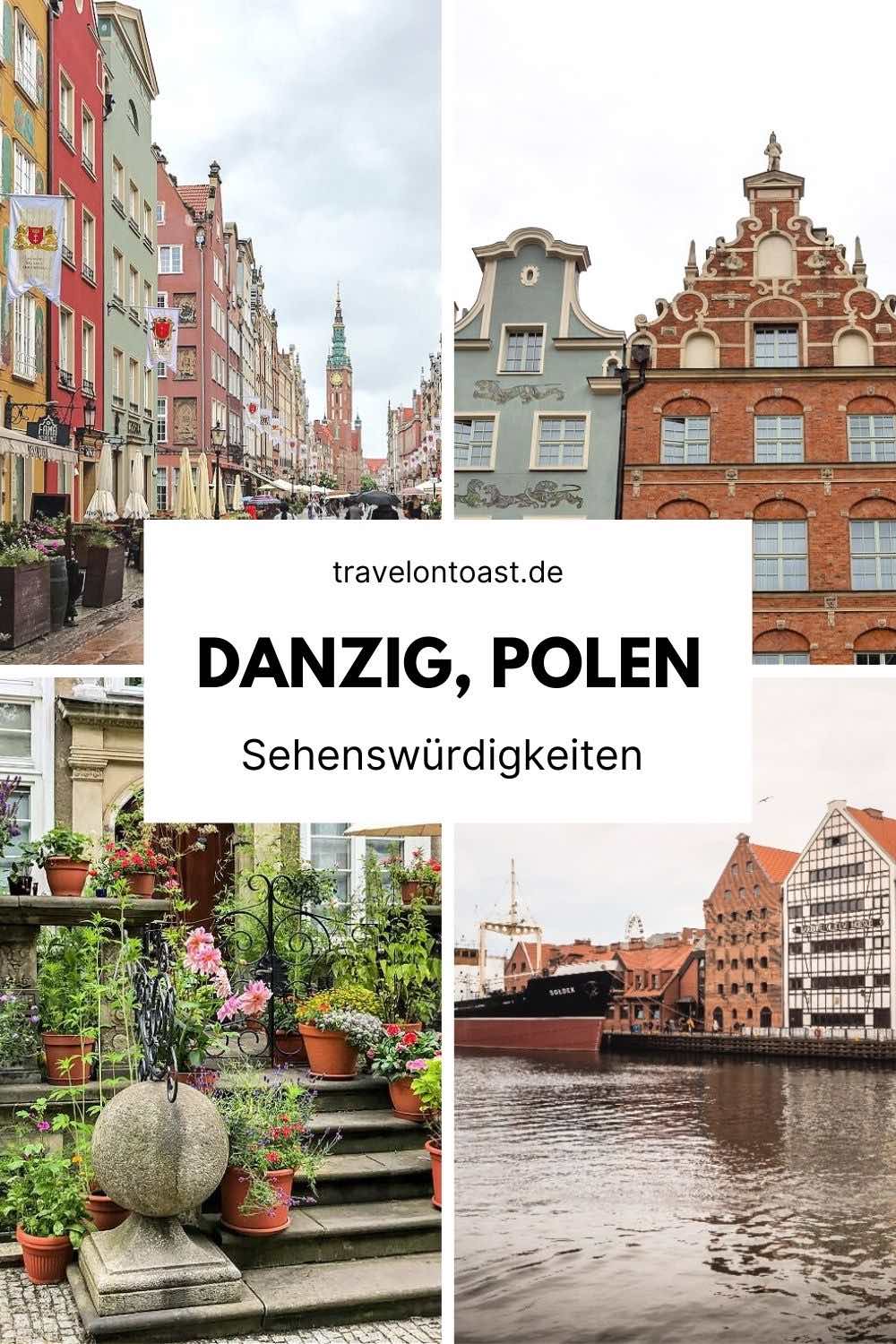